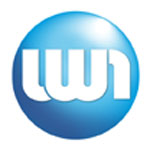 The US has 134 universities in the top 500, followed by Germany with 42 and the UK with 38. China has a strong showing with 27 institutions in the Best Global Universities ranking launched on 28 October.

The US continues to lead among research universities – with Harvard top, followed by the Massachusetts Institute of Technology and the University of California, Berkeley, at number three.

Of the top 10 positions, only two come from outside the US ­- Oxford University and Cambridge University came fifth and sixth respectively.

The are also four regional rankings, for Asia, Australia-New Zealand, Europe and Latin America, but no ranking for Africa.

In Europe, UK universities took the top four positions and five of the top 10 places. Oxford came first followed by Cambridge, Imperial College London, University College London, and the Swiss Federal Institute of Technology, Zurich. Germany has one university in the top 10 – Munich at eighth.

There are also country specific rankings for 11 countries – Canada, China, France, Germany, Italy, Japan, the Netherlands, South Korea, Spain, Sweden and the United States – and a ranking of the top 100 global universities in 21 subject areas, including economics and business, engineering, computer science and clinical medicine.

The new ranking by US News & World Report, a long-established US-based publisher of education analysis and rankings, could be the first to seriously challenge the big three existing ranking systems published by Shanghai, Times Higher Education and QS -although Europe’s U-Multirank is another potential challenger.

The Best Global Universities rankings are based on data and metrics provided by Thomson Reuters InCitesTM research analytics.

According to US News & World Report, as a result of the criteria used, many stand-alone graduate schools – including the Rockefeller Institute of New York and the University of California, San Francisco – were eligible and included in the ranking.

Brian Kelly, editor and chief content officer, said: “Increasingly, students are enrolling in universities outside of their own countries. As higher education becomes more global, our new rankings will set standards and allow students to better evaluate all of their options.”

Each ranked university has a profile page on http://usnews.com giving detailed ranking indicators. Prospective students or their parents or teachers can easily compare universities via searches based on region, country or curriculum subject.

US News & World Report has a long history in US college rankings, although it has not published a global ranking before. For the past three decades the company has produced the Best Colleges rankings, which help prospective students identify the best US universities for their needs.

Robert Morse, chief data strategist and head of educational research throughout that period, heads the new rankings project. According to US News, he has played a key role in the development of standardised data for US higher education.

In an article co-written with Melinda Foster for US News & World Report, Morse stressed that the new global ranking focuses specifically on universities’ academic research and reputation overall and not separate undergraduate or graduate programmes.

“We wanted to use our 30 years of experience in academic rankings to develop a resource that helps students worldwide easily research and compare schools,” said Morse. The rankings would also enable universities to find top schools in other countries to consider collaborating with.